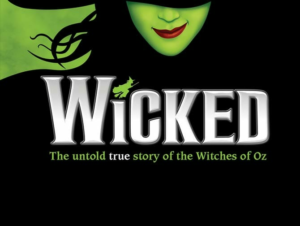 Get your Wicked on Broadway tickets before you travel to New York. It’s easy to buy your theatre tickets online, saving you time and money. Wicked the musical on Broadway is a beloved show that has broken box office records and won many awards. It’s performed in the Gershwin Theatre and portrays how the Wicked Witch of the West became, well, wicked. As it turns out, she wasn’t always wicked!

Buy your tickets for Wicked here

The Wicked Witch of the West

The musical is both a prequel and a sequel to The Wizard of Oz which means that it starts off before Dorothy dropped in and continues on after her arrival. Dorothy herself, however, is only but a silhouette in the musical, referenced by her ruby slippers … which she apparently stole. Instead, the main characters of the show are Glinda and Elphaba who major in sorcery at Shiz University. Glinda is a self-absorbed popular blonde while Elphaba is an intelligent outcast who seems to look a little different than the others. Despite their differences (and initial loathing!) Glinda and Elphaba become roommates and then good friends. The musical tracks the toils and troubles of their friendship – including falling in love with the same guy! But is this what transforms Elphaba into the Wicked Witch of the West? 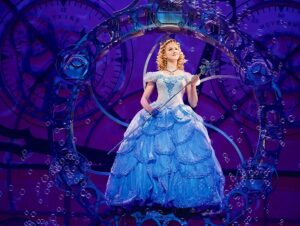 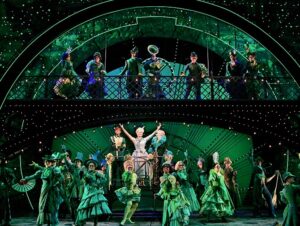 Flying Monkeys and the Wizard of Oz

As much as the story has going for it, it’s not the only reason why Wicked is popular. When Glinda sings about how it’s shrewd to be “Popular” the lyrics and melody make you want to sing along. And, luckily, there are more songs like that! The costumes too are truly spectacular, it’s no wonder then that the musical won a Tony Award in 2004 for best costume design. Together with the set design, this is something that truly brings the land of Oz, and more importantly the Emerald City, to life. Flying monkeys included.

The songs are catchy and for most of the musical, you’ll probably be rooting for both the “Good Witch” and the “Wicked Witch” as they are both endearings in one way or another. I definitely recommend going to Wicked or one of the many Broadway shows when in New York as they are highly entertaining! 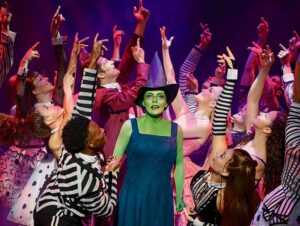 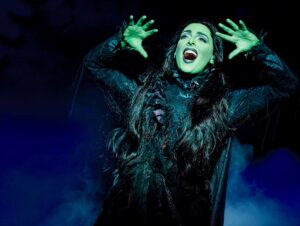 How to buy Tickets for Wicked?

It is easy to buy tickets for Wicked with the link below. I recommend buying tickets online before your trip to New York. Why? The website below guarantees great seating in Orchestra or Front Mezzanine for discounted prices. You will save time and money and most importantly you don’t have to stress about finding tickets when you are in New York. A lot of Broadway musicals are very popular and are often sold out.

Send me an email at [email protected] if you want to book for groups of 15 people or more.

Eric’s Tip: Wicked is an inspirational musical that transports you to the wonderful land of Oz. Including (but not limited to!): flying monkeys, grand wizards, magic spells and, of course, the great ‘Wicked’ Witch of the West. It’s a story about friendship, popularity and love, all wrapped up in beautiful decor, costumes and stunts.

Buy your tickets for Wicked here