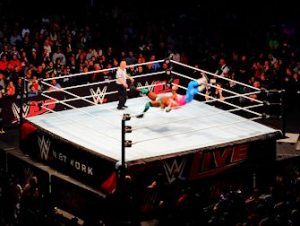 Purchase your WWE wrestling tickets in New York before you leave. WWE is the world’s largest company dealing primarily in professional wrestling. WWE Wrestling competitions are held regularly in New York. The matches take place in Madison Square Garden in Manhattan, Barclays Center in Brooklyn and sometimes at Prudential Center in New Jersey. WWE organises numerous events including NXT Live, Summerslam and Raw that also take place in New York. So be prepared for a real wrestle mania!

It may not be the obvious choice, but attending a WWE match in Madison Square Garden is a fun experience during your New York trip. The tickets are, mostly, relatively cheap and the matches are a real spectacle for the whole family. The stadium isn’t just full of men, as you might expect, but women and children also enjoy the entertainment. The WWE matches are a real part of American culture with a huge entertainment value. The match is a sort of gladiator battle, where the public are much more enthusiastic than at other sports events. Definitely a New York experience that’s worthwhile!

Eric’s Tip: I was not a fan of WWE or wrestling but, because I want to test everything for this site, I went and bought a ticket. Surprisingly, I had a great time! It is a very ‘American’ event where you don’t see many tourists. The match was a real show and the atmosphere exceeded all my expectations. I will definitely be going again! 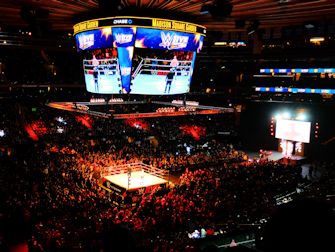 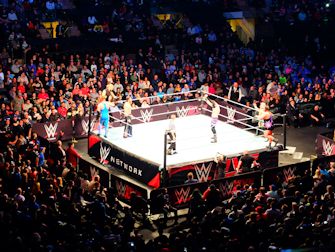 Are you a wrestling fan? Would you like to see WWE superstars in action? You can buy tickets for WWE Wrestling by taking a look at the table below and selecting the date you would like to go to a match. Check the schedule of sports games in New York for other sports games. You can pay for the tickets by credit card or PayPal.

Most tickets are mobile e-tickets that you can show on your phone to enter the stadium. It is not possible to print these mobile tickets. E-tickets that are sent to you in the form of a PDF can be printed. Some tickets are physical tickets, which you can have sent to you.

It’s recommended to order e-tickets or mobile tickets. This is the fastest option and you won’t need to pay shipping costs. Use the filters to select only these tickets in your search. You are guaranteed to receive real tickets and they will always be delivered on time.

See below for a list of dates and book directly

If there are no tickets available for WWE wrestling matches, you could consider going to a boxing match in New York. 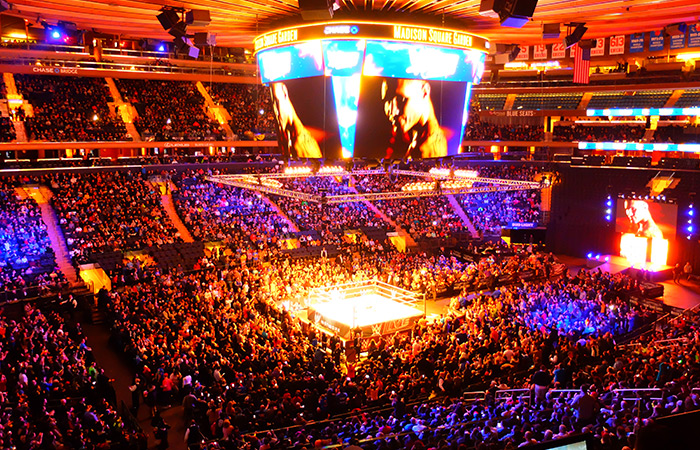