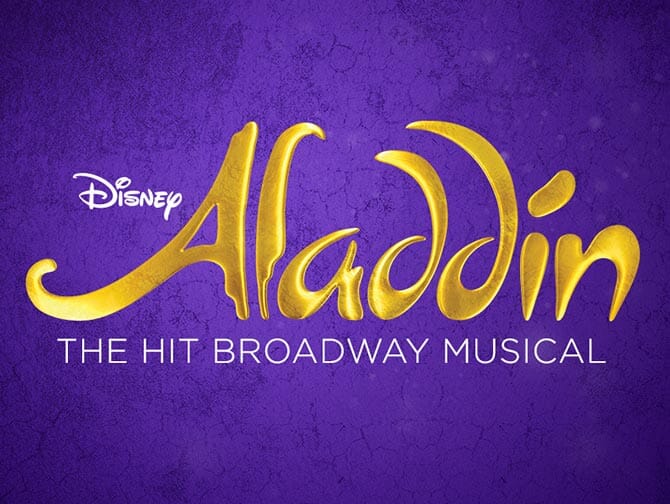 Buy your Aladdin on Broadway tickets before going to New York. You can easily buy your theatre tickets online, saving you money and time. Aladdin the musical on Broadway in New York is based on the beloved eponymous Disney movie. Aladdin, released in 1992, became a critical and box office success winning an Oscar and becoming a true classic. Based on centuries-old Arabian folktales including “One Thousand and One Nights,” Aladdin tells the story of a city full of royalty, a few pickpockets and of course one special Genie. Now on Broadway, performed at the New Amsterdam Theatre, you and your children can relive the tale of Aladdin and see how the stage is magically transformed into the city of Agrabah.

Buy your tickets for Aladdin here

The Cave of Wonders and Princess Jasmine

In the Cave of Wonders a magical lamp is buried, one that contains a Genie who will grant three wishes. The evil sorcerer Jafar, Grand Vizier to the Sultan of Agrabah, wishes to possess the lamp so that he himself can become the Sultan. However, only a few people can enter the cave and Jafar isn’t one of them. After Aladdin is arrested on false accusations of kidnapping Princess Jasmine, Jafar uses him to retrieve the lamp. Luckily this doesn’t go according to plan! Aladdin ends up rubbing the lamp and releasing the Genie – granting himself three wishes. His first wish is to be turned into a prince so that he can be a suitor for Princess Jasmine. But will Princess Jasmine fall for the disguised Prince Ali? And will Jafar succeed in becoming Sultan? 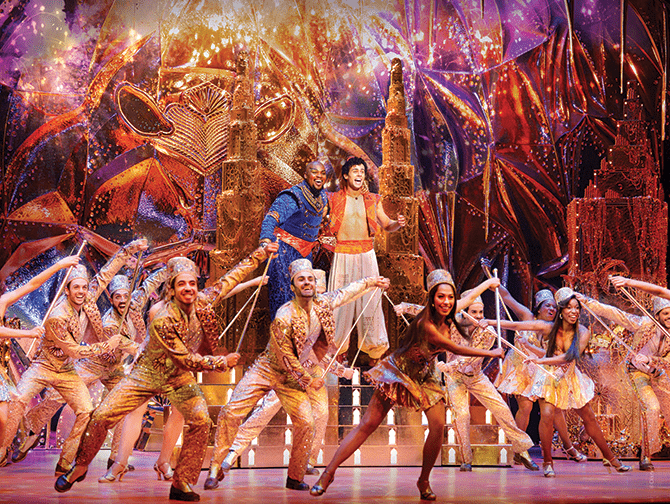 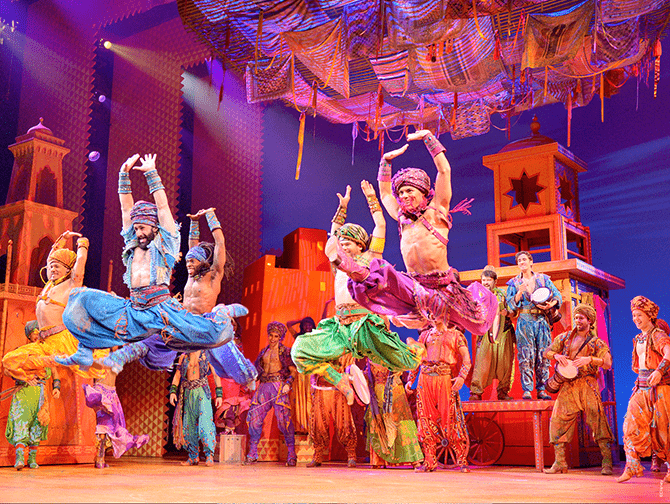 The Broadway production of Aladdin is every bit as magical as the original animated movie – flying carpet included! The musical not only includes hit songs like “A Whole New World” and “Prince Ali,” but also new songs were written especially for the stage. The Disney movie has been updated for a 21st-century crowd and this makes it especially funny. If the costumes and set design doesn’t blow you away, the hilarious Genie surely will. This musical is great for the entire family! 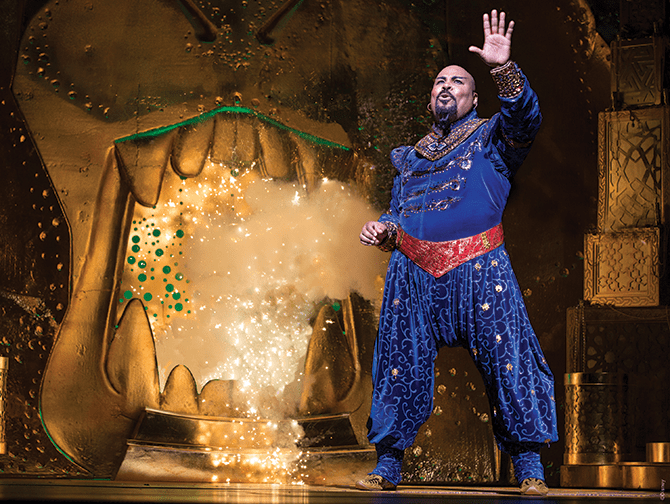 How to buy Aladdin on Broadway Tickets?

It is easy to buy tickets for Aladdin with the link below. I recommend buying tickets online before your trip to New York. Why? You will save time and money and most importantly you don’t have to stress about finding tickets when you are in New York. A lot of shows are very popular and are often sold out.

Eric’s Tip: Aladdin is a true Disney musical, fun for both boys and girls. Plus, Genie’s humour will give the parents a few laughs. So all in all, it’s a fun afternoon or evening out for the whole family. The magic carpet is a story in itself: how they get the carpet to actually fly is one of Broadways best-kept secrets!

Buy your tickets for Aladdin here