Summit at One Vanderbilt tickets will be available online. This observation deck in New York is located in the One Vanderbilt skyscraper in Midtown Manhattan, next to the Grand Central Terminal. The viewpoint is at an altitude of 1100 feet (335 meters). Because of the unique location, Summit offers great views of surrounding landmarks like the Empire State Building. The views are unlike any of the other observation deck views in New York.

The opening of Summit One Vanderbilt Observation Deck is planned for Autumn 2021.

Tickets are not available yet.
Would you like to receive a notification as soon as the tickets are available? Send me a message at [email protected] and I’ll let you know when the tickets go on sale!

One Vanderbilt is on the corner of 42nd Street and Vanderbilt Avenue, opposite Grand Central. The One Vanderbilt observation deck covers the 57th, 58th and 59th floor of the impressive skyscraper. It offers unique views of the Empire State Building, Chrysler Building, Bryant Park and Times Square which are all nearby. There’s also an outdoor terrace with high-end food and beverage options. One Vanderbilt is also home to many offices, shops and even a space for cultural projects.

Summit One Vanderbilt is not your ordinary observation deck. It has two glass-floored overhangs that, if you’re not afraid of heights, you can step into for some great views of Madison Avenue. There is also a unique ‘infinity room’ with high ceilings, which is filled with mirrors to create a surreal experience. All in all, a visit to Summit will immerse you in the best views of New York in several ways.

Eric’s Tip: Summit is relatively close to the Empire State Building. It offers a great, up-close view of this New York icon, which I was very surprised about. You can enter and exit the building via a new hallway at Grand Central, where an impressive entrance has been built. 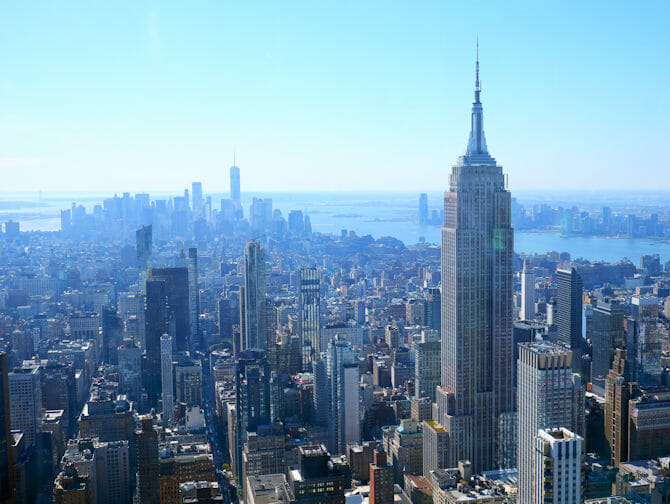 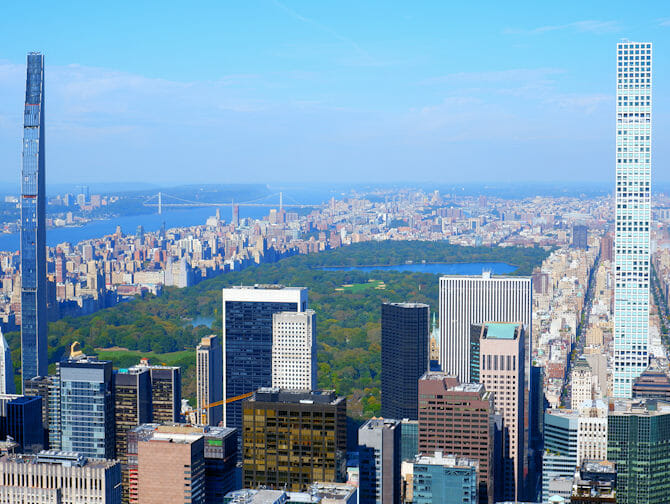 Do you want to visit another observation deck in the meantime? Then buy Empire State Building tickets, Top of the Rock tickets, One World Observatory tickets or Edge Observation Deck tickets.