Harry Potter and the Cursed Child on Broadway Tickets 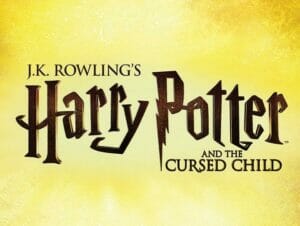 Harry Potter and the Cursed Child on Broadway tickets can easily be purchased online before you leave. I recommend buying your theatre tickets before you go to New York, to save time and money. Harry Potter and the Cursed Child is one of Broadway’s most popular plays and is performed in the Lyric Theatre. The show is a sequel to the popular series of books and films, following the adventures of student wizard Harry. Furthermore, the author of the books, J.K. Rowling, co-wrote the script of the play. Since it’s London première, the script has been released in book form. It is, therefore seen as the unofficial eighth part in the literary series.

Buy your tickets for Harry Potter on Broadway here

The story begins nineteen years after the final book ends, when Harry, Ron and Hermione are all grown up. Harry works for the Ministry of Magic and is married to Ginny Weasley. They have three children: James Sirius, Albus Severus and Lily Luna. Albus is destined to follow in the footsteps of his father. After enrolling at Hogwarts School of Witchcraft and Wizardry, he struggles with filling Harry’s rather legendary shoes. Ghosts from the past return and consequently Harry, as well as Albus realise that sometimes evil comes from unexpected places. Due to Harry Potter on Broadway being such a long show, it is split into two parts, both lasting around 2.5 hours. It is possible to see both parts on the same day. Real Harry Potter fans just can’t miss it! 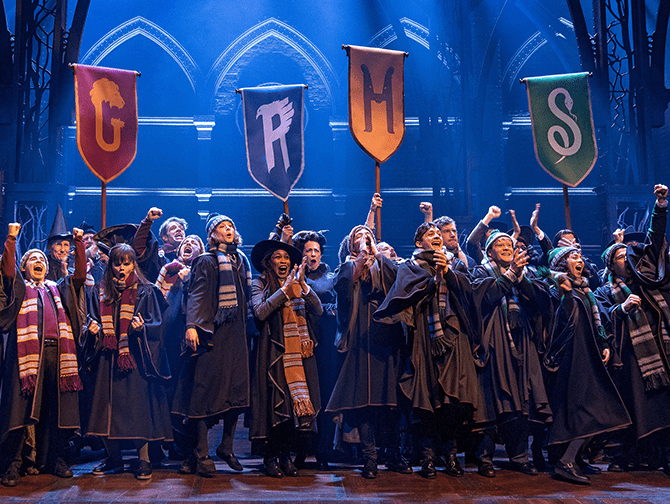 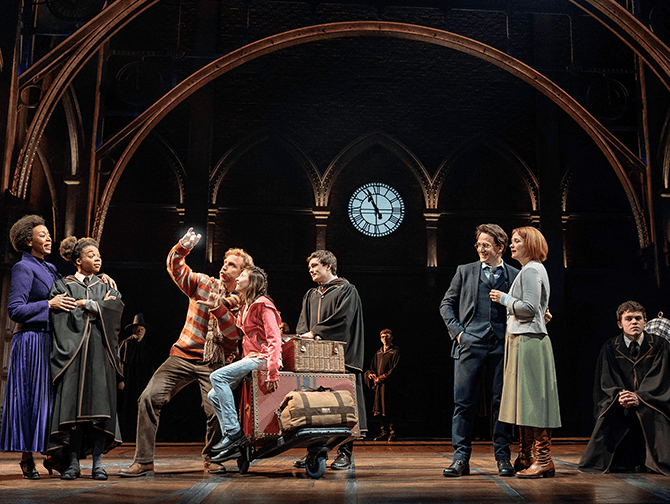 How to buy Harry Potter tickets?

You can easily buy your Harry Potter on Broadway tickets, via the link below. I recommend getting them before you travel to New York. This will save you time, and you won’t need to worry about the show selling out. Lots of shows in New York are very popular and quickly sell out.

Eric’s Tip: I am not a huge Potter fan myself. However, due to the impressive special effects, amongst other things, I really enjoyed these plays! Upon arrival, you receive a book with a glossary and a summary of previous Harry Potter stories. If you don’t know the tale, or need a quick refresher, make sure you get to the theatre with enough time to read through this information. Then you can easily get in to the story!

Buy your tickets for Harry Potter on Broadway here