The Sopranos Tour allows you to immerse yourself in the world of Tony Soprano and his family. During the bus tour, you will pass more than 40 filming locations of the famous series and you will learn everything about the life of the Soprano family. Sit in Tony’s spot at Holsten’s Diner, have a drink at Bada Bing! and have your picture taken with an actor from the series, who will also be the guide.

Book your tickets for The Sopranos Tour here

The Life of the Sopranos

The New York Sopranos tour begins at the corner of 7th Avenue and 39th Street, where you meet your guide in front of the statue of a huge knot. The tour guide is an actor who had a role in the series or played as an extra, giving you even more knowledge about The Sopranos. Once on the bus, you’ll head toward New Jersey. Just like in the intro to the series, you’ll see the Manhattan skyline and the exit of the Lincoln Tunnel. Next, you’ll pass places like Pizza Land, the Muffler Man, St. Cecilia’s Parish, and the Pulaski Skyway ramp seen at the end of each episode. 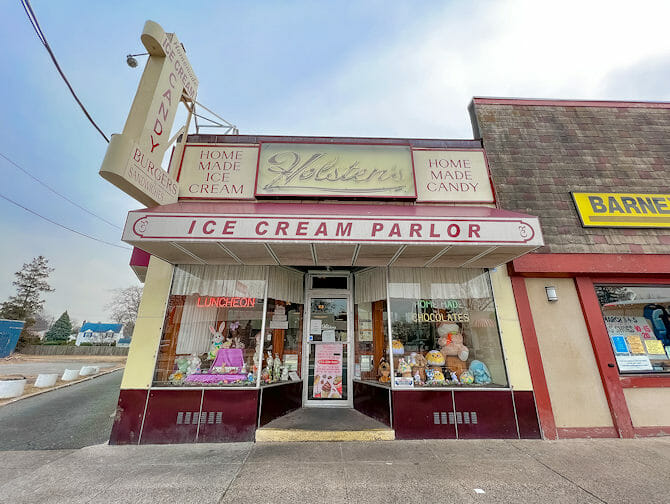 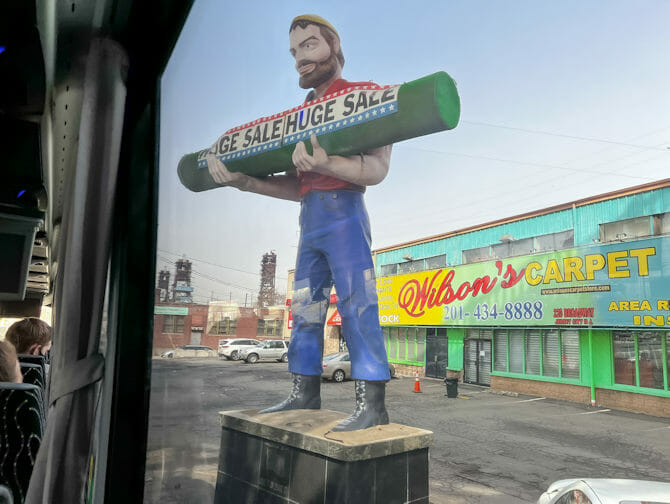 The Sopranos Tour lasts approximately 4 hours and stops at several locations. You can visit the infamous strip club Satin Dolls (Bada Bing!), which is still used as a strip club, and go to Holsten’s Diner. At the diner, you can order something to eat and take a seat in the booth where the final scene was shot.

Eric’s Tip: I recommend watching a few episodes of The Sopranos before the tour, especially the final episode. It’s good to refresh your memory if it has been a long time since you watched the series. That way it’ll be easier to recognise the scenes your guide is talking about during the tour.

After your purchase, you will receive a voucher that you can print and use as your ticket for the tour or show on your smartphone as a mobile ticket.

Book your tickets for The Sopranos Tour here 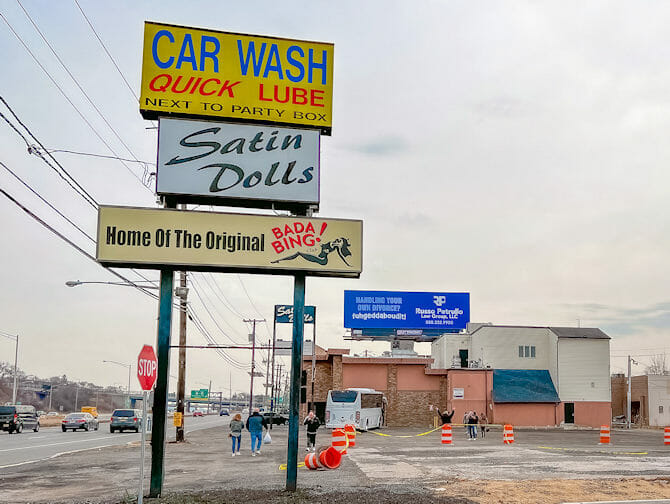 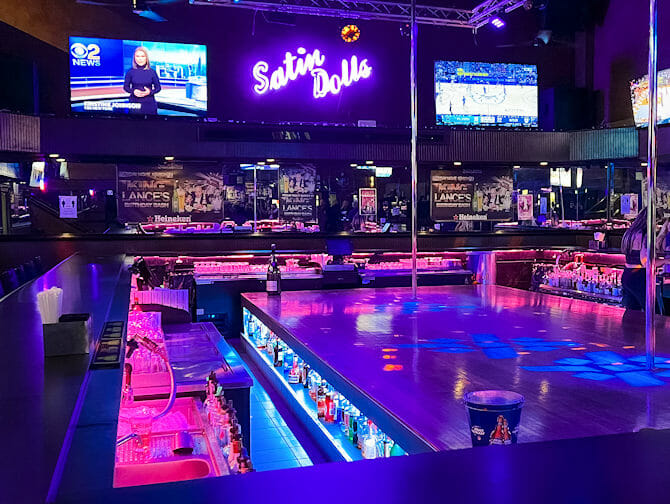