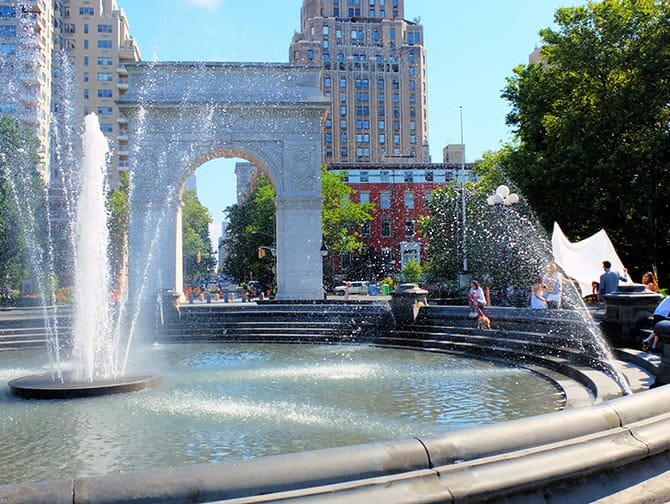 Take the New York TV and Movies Sites Tour and get to see the many locations used in your favourite film or TV show in the most filmed city in the world! During this 2.5-hour bus tour, you will spot the homes of many celebrities such as Beyoncé and Jay-Z, Jennifer Lawrence, Harry Styles and Taylor Swift. In addition, spot locations from your favourite show like Friends and How I Met Your Mother.

After being greeted by an enthusiastic guide you can take your seat in the air-conditioned bus. It doesn’t matter which side of the bus you sit on: there is plenty to see on both sides. As the bus approaches Times Square you watch the first video clip. When I took this tour the clip was an introduction video featuring Willie Garson, aka Stanford from Sex and the City. Pass by sites where the cast of Glee performed “I Love New York/New York, New York” and Tom Cruise ran around in “Vanilla Sky”. The bus then heads to Central Park, the most filmed location in the world. You’ll pass the entrance, where movies like “Enchanted” and “Die Hard: With a Vengeance” were filmed. The bus then turns into Fifth Avenue. See The Plaza Hotel (Home Alone 2 and Gossip Girl), Tiffany and Co. (Breakfast at Tiffany’s, CSI: NY and Sleepless in Seattle), Rockefeller Center (30 Rock, SNL), the Public Library (The Day After Tomorrow) and Empire State Building (King Kong, Independence Day and Elf).

Washington Square Park and the Building of Friends

Washington Square Park is the first stop of the tour. This place also served as a location for I am Legend, Blue Bloods and When Harry Met Sally. You can take very nice pictures here, with the Empire State in the background. Passing through Wall Street (Hitch) the tour heads to TriBeCa, home of the TriBeCa Film Festival. The festival was an initiative of Robert De Niro after 9/11 to promote New York as a film city. Here the tour makes the second stop at Hook & Ladder 8, the famous headquarters of Ghostbusters. 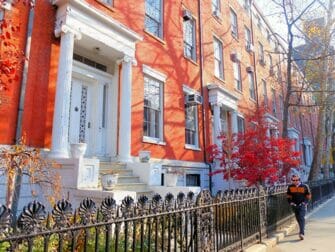 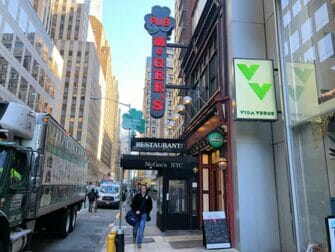 The bus then heads in the direction of Uptown and make its final stop in The Village. The apartment building used as Monica and Rachel’s house in Friends is located here. You will notice that the cafe underneath it is not Central Perk but one called The Little Owl. On the way back to the bus you will pass by Lucille Lortel Theatre, where Joey performed in a play. The bus will take you back to Midtown, 55th Street, where you will be able to visit The Soup Nazi from Seinfeld and the famous MacLaren’s Pub from How I Met Your Mother (the place is actually called McGee’s Pub).

Eric’s Tip: This tour is very nice for those who love movies and TV shows. While the guide shows you the famous locations you will also see clips of the movies that were filmed. The guide will teach you how to discover filming locations and try to find shoots happening that day. This is a bus tour, so most of the time you will be sitting inside. If you prefer taking a walking tour, I recommend the Central Park Movie Sites Walking Tour. 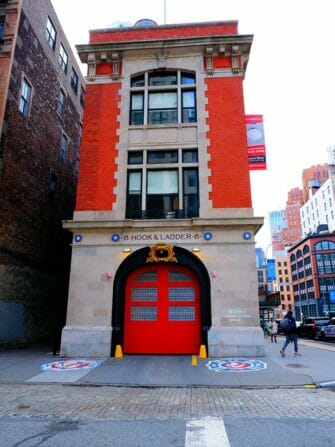 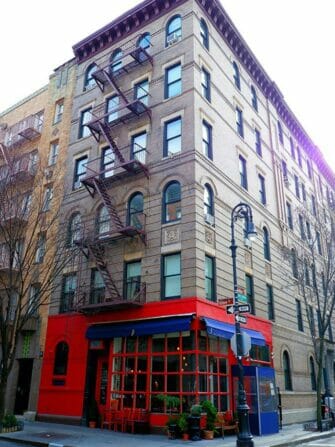