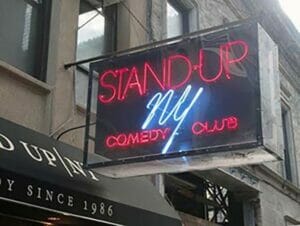 Watching Stand-Up Comedy in New York is a fun activity, especially if you won’t get the opportunity again. New Yorkers have a famously wicked sense of humour, and the best way to experience that is at one of the many comedy clubs in Manhattan. However, there are so many clubs, the amount of choice can seem overwhelming. I’ve listed my personal favourites below. If you want to explore, then Greenwich Village is the best place to go.

See here for a list of comedy shows in New York

Comedy clubs in New York will have multiple shows in one night, featuring around 5 to 8 comedians doing 10-15 minute sets: the variety is nice as some comedians can be funnier than others. Most clubs will charge to get in and often have a minimum number of drinks you must buy. Each show will last up to a couple of hours, and remember to check whether the entrance is on the door or requires tickets.

A lot of famous comedians once started in the small comedy clubs, but have become big names in comedy. They now play in large theatres, like the theatre at Madison Square Garden or Carnegie Hall. If you want to visit a show of one of those comedians in New York, you can buy your tickets online.

Comedy Cellar is the most famous comedy club in Manhattan’s Greenwich Village. Upstairs you can have something to eat or drink before you watch a show. There’s also a second room called Comedy Cellar at the Village Underground, right around the corner of the first one. The lines at Comedy Cellar are always long, so be on time for good seats, even if you bought a ticket in advance. Every night there’s something else to see at this club, so you can even return a few times if you like!

Eric’s Tip: Please note that to most comedy clubs you only pay a small entrance fee, but there’s a minimum amount of drinks to consume. A minimum of two drinks per person is common. Drinks can be expensive.

On 236 West 78th Street in the Upper West Side, you’ll find Stand Up | NY. This is one of the oldest comedy clubs in the city. The club opened its doors in 1986 and has since then fostered a lot of talents such as Jerry Seinfeld, Chris Rock and former presenter of the popular The Daily Show, Jon Stewart. In addition to the famous comedians, Stand Up | NY offers a lot of room for newcomers to develop. Producers from all kinds of television shows often sit in the room, scouting new talent.

The comedy club is open every day and has two shows a night. The first starts at 20:00, the second at 22:15. Make sure you are well on time as the hostess can then offer you the better seats in the room. A regular show is about 2 hours long and has 4 or 5 different comedians. The variety is nice as some comedians can be funnier than others. The bar is set very high at Stand Up | NY so there is a high chance you’ll be entertained. Additionally, the shows are constructed in such a way that the comedians complement each other. While one mocks his life as a 40-year-old bachelor, the other tackles political issues. Expect a lot of sarcastic comments, sharp observations (also from the public!) and derogatory jokes. You won’t find any careful or prude Americans at the Stand-Up | NY!

When visiting this comedy club, do bring a jacket or cardigan. The air-conditioning is always on high so even in the summer, it can be a little chilly. Stand Up | NY is very easy to reach by subway. Take subway line 1 and if you get off at 79th Street, you’ll see the club on your left-hand side after about 30 meters.

Eric’s Tip: Take into account that you will have to order a minimum of 2 drinks (or $15 worth of drinks) per person. A waiter is always ready to be of service. Speaking from experience the drinks have a lot of alcohol, which only makes the show a lot more fun.

At Broadway Comedy Club in Midtown Manhattan, you’ll get to see the rising stars of comedy. Talented comedians who performed at this venue later appeared on Comedy Central and at Letterman, to name a few. When you visit Broadway Comedy Club you won’t be disappointed, as every show provides four headliners. This venue has a two-drink requirement.

When you think of Broadway musicals, comedy might not be the first thing that comes to mind. But several Broadway shows are actually very funny! The king of comedy on Broadway is definitely Book of Mormon. This hilarious show has been running in New York for years already and won several awards.

Book your tickets for Book of Mormon here

If you are hoping to get tickets to see SNL in New York then you might be out of luck. On the official website, you can enter a lottery to win tickets to see a show and there is no guarantee you will. You’ll hear whether you’ve won tickets on the day itself, so you’ll need to be available. I usually don’t recommend this as it can have a large impact on your day. You’ll need to be able to check your phone regularly, and you can’t make any plans to see a Broadway show, visit a rooftop bar or go to a sports game instead. You can get tickets in advance via this site for the following shows: 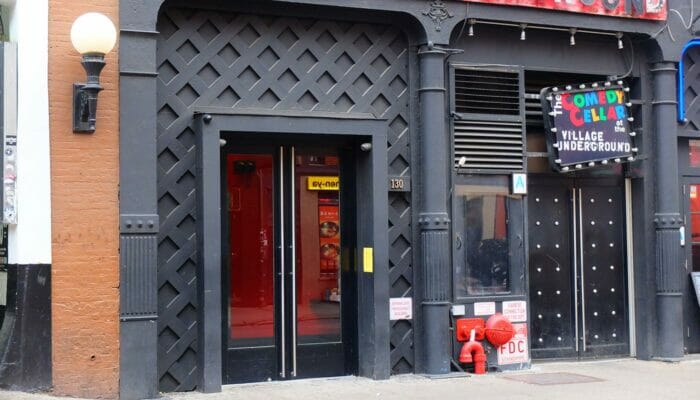