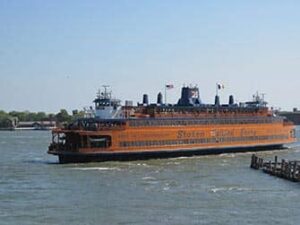 Staten Island is one of the five boroughs in New York. Most NewYork.com.au visitors will not have this borough listed in their Top 10 to explore in depth. Even so, a lot of visitors take the free ferry from the South of Manhattan to Staten Island to enjoy the Manhattan skyline. Then they turn around and take the ferry back: missing out on all the excitement.

To be honest, I understand why they might do this as I have done it myself a couple of times. And the rest of New York thinks about it in pretty much the same way: the residents of Staten Island complain bitterly that they feel neglected by a lack of attention from fellow residents in other boroughs and the City Council.

Many native Americans lived on Staten Island thousands of years ago, well before the Europeans came. The first Western visitor was an Italian and later in 1609 the Englishman Henry Hudson, commissioned by the Dutch, was sent to explore the island. The island is named after the Dutch “Staten Generaal” (the collective name for the First and Second Chambers of the Dutch parliament) as a tribute to this institution. It took a while before the settlement was well underway as there was quite a fight with the natives. In the end an ‘Old Village’ was founded and since then the population has slowly grown to a small 500,000 people.

Staten Island is one of the largest boroughs but has by far the least number of inhabitants. This means that there are many trees. This is one of the great qualities of this area. Is the rush of Manhattan getting to you? Is nature calling? Then a day in Staten Island might be a good escape. 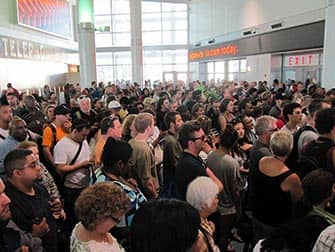 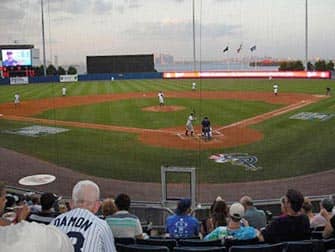 There are 3 golf courses, if you feel you need the exercise. Do you prefer to watch sports? Then a visit to the sympathetic Staten Island Yankees (not to be confused with the New York Yankees) is advised. They do not play in the highest division, but you will get an authentic baseball experience, see the photograph above.

There is a small zoo, the Staten Island Zoo and a number of museums of which the Snug Harbor Cultural Center and Botanical Garden is the most important. The other museums exhibit works of the local artists.

Eric’s Tip: You can reach Staten Island by the free Staten Island ferry. You will go right past the Statue of Liberty. The ferry goes twice an hour from Manhattan and it is certainly worth doing. If you are on board, do not go to the front of the ferry but to the back, behind the deck on the left-hand side. This way you will have the best view. See below for the view from the ferry!