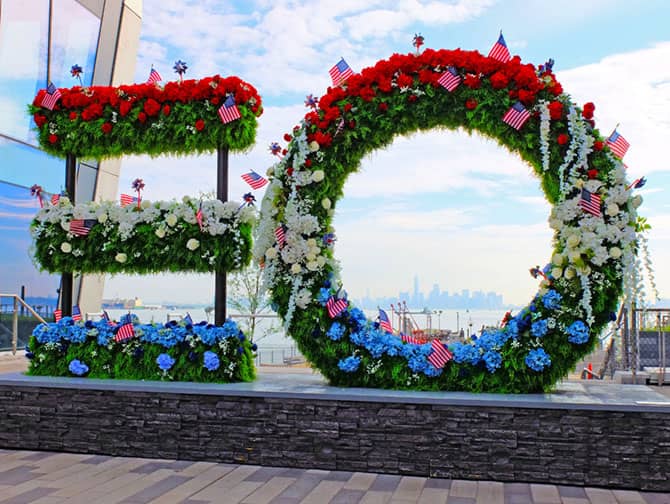 Empire Outlets New York City is New York City’s only outlet shopping centre. In the wider New York area there already was Woodbury Common Premium Outlets, but a more central designer outlet had been missing. Empire Outlets has a great location on the Staten Island waterfront. Shop till you drop and complete your visit with a drink and a bite to eat on one of the benches that offers great views of the Manhattan skyline.

At Empire Outlets you will find a 107,000 m² retail complex that will feature 100 shops full of dining and entertainment, but mostly: fashion. Generally, New Yorkers love their fashion, and now, finally, they can satisfy their cravings in this shopping paradise full of affordable items by designer brands. But more importantly, you can too! Brands that can be found at Empire Outlets are H&M, Nordstrom Rack, Nike Factory, GAP and Old Navy, among others. The outlet centre is superbly designed. It’s like an outdoor shopping mall, with lots of benches to recover from your shopping spree. It consists of four levels filled with outlet stores. On the waterfront you will find a Walgreens drugstore and several places to grab a drink and a bite, like a Starbucks.

Eric’s Tip: If you plan on taking the free Staten Island Ferry then I definitely recommend paying a visit to Empire Outlets. It’s right next to the ferry terminal. However, as the centre only recently opened, a lot of the properties are still empty. In the coming months more and more brands will open their doors. Therefore, I wouldn’t recommend going there specifically for the outlet (yet). 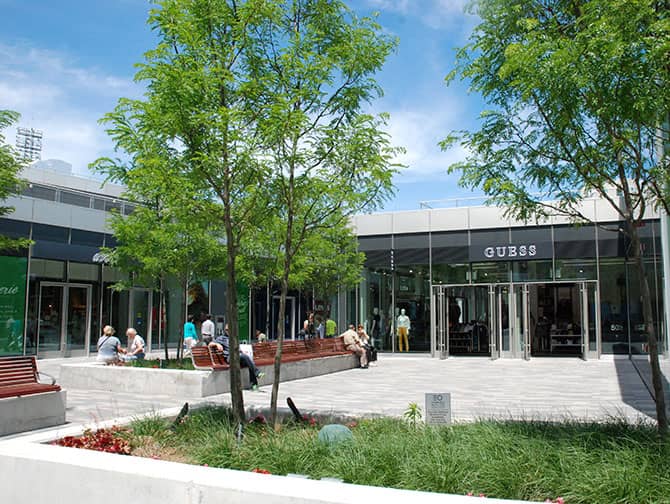 New York City’s first own designer outlet area is located on Staten Island, in the St. George Waterfront District. It’s easily accessible. It will take you a (free!) 20-minute Staten Island Ferry ride to get from Downtown Manhattan to the Empire Outlets. Getting there is an experience in itself, passing by the Statue of Liberty, Ellis Island and the Lower Manhattan skyline. After arriving at the Staten Island Ferry Terminal, it’s only a few minutes to the outlet centre. Head to the exit on the right side of the terminal. When you walk outside, the centre is located directly right in front of you!

If you want a more convenient way to get to Empire Outlets, you can take this luxury shuttle. The shuttle has leather seats and will bring you directly from Times Square to Staten Island Ferry’s Whitehall Terminal. Bottled water and an Empire Outlet coupon book are included! 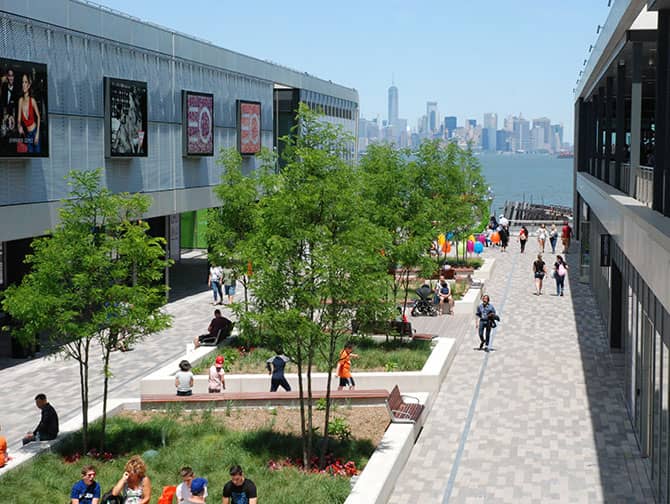 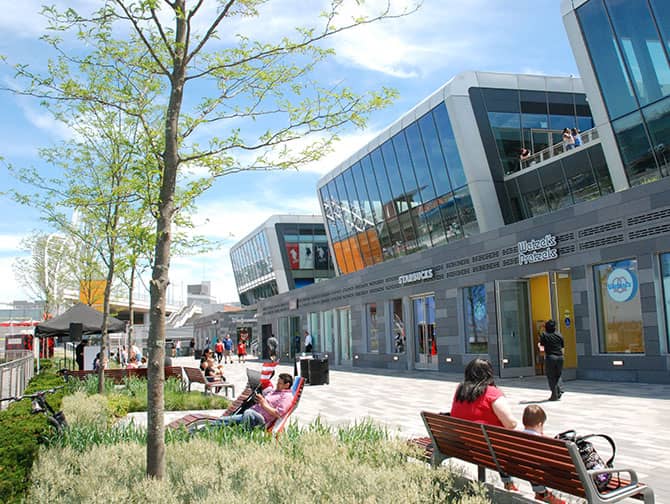