The Best Cupcakes in New York 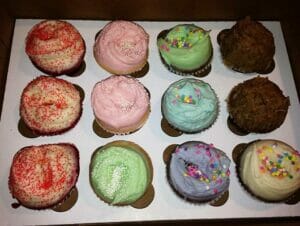 New York is under the spell of cupcakes. It is no longer just about the burgers, pizza, and hot dogs, but also about the range of delicious and colourful cupcakes. Made popular by the hit series Sex and the City, when you think of cupcakes you also, inevitably, think of New York. That’s why I put together this list of where to find some of the best cupcakes in New York.

If you would like to skip the line at some authentic NY bakeries and sample some of the best cupcakes in New York, then this cupcake tour is for you. The guide takes you to several unique bakeries in and around West Village where you get to taste their best cupcakes, and along the way tells you some interesting facts about the neighbourhood as well.