The Bronx in New York 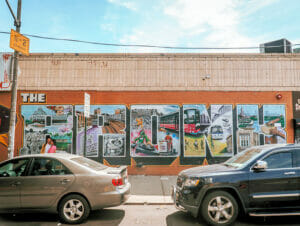 The Bronx has been part of New York City since 1874 and has slightly fewer residents than Manhattan, but it is almost twice the size with 109 square kilometres. The Bronx is in the north of the city and is separated from Manhattan by the Harlem River. It is named after the Swedish-born Dutchman Jonas Bronck, who created the first settlement in 1639 as part of the New Netherland colony. In the ’70s the Bronx was almost uninhabitable. High unemployment and poverty gave rise to a lot of crime and drug use.

The Bronx has a couple of iconic neighbourhoods. Here you’ll find the real Little Italy, no tourists but just a real authentic Italian atmosphere. You can visit many small Italian shops that have great coffee and good food. The Grand Concourse has a couple of beautiful Art Deco-style buildings. The buildings have beautiful decorations inside and out. There is one infamous neighbourhood that gave the Bronx its bad name: Camp Apache. In the ‘70s this was a crime-ridden neighbourhood. With murders, drug abuse, and arson this neighbourhood was seen as one of the most dangerous in the world. A lot has changed since then so it’s pretty safe to visit the Bronx to see what has become of this area nowadays. 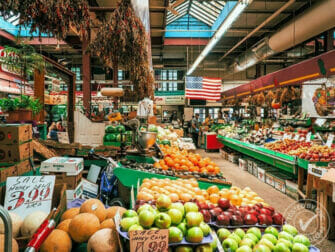 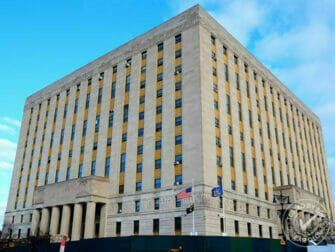 Tour Through The Bronx

If you would rather explore The Bronx on a guided tour, you can take a bus tour that combines different boroughs such as the Brooklyn, Queens and The Bronx tour. This five-hour bus tour allows you to explore the city and see the contrasts between these different boroughs.

The current Yankee Stadium is a renovation of the original Yankee Stadium that was built in 1932 and closed its doors in 2008. In 2009 the New Yankee Stadium opened and is the home to the New York Yankees. The stadium is located in South Bronx. The construction costs of the new stadium were $1.65 billion and the stadium is big enough to seat almost 50,000 people. 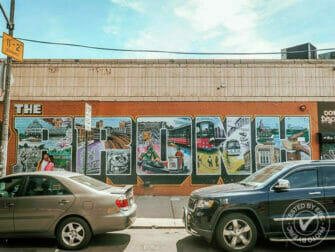 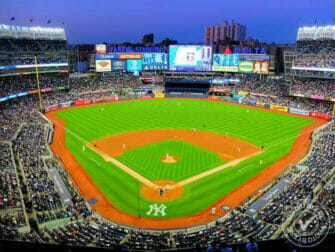 The 2019 movie Joker has added yet another famous location to The Bronx, not far from Yankee Stadium. The Joker Stairs are located between Shakespeare Avenue and Anderson Avenue in the Highbridge neighbourhood. These stairs were used as a filming location in the Oscar-winning crime film. For example, the famous dance scene at the end of the story is filmed here. Since the release of the blockbuster, this place (with zip code NY 10452) has been visited by many film fans. To get there, take subway line 4 and get off at the first stop after Yankee Stadium. Leave the metro station on the left and cross the street at the end. If you walk a little further to the left, you’ll find the stairs in the street behind it. 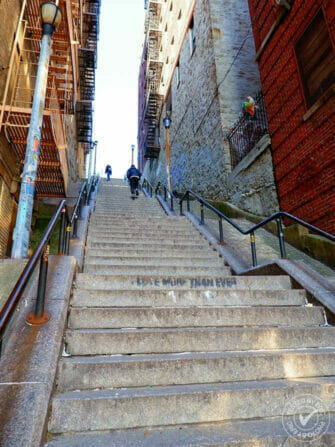 The New York Botanical Garden consists of 50 different gardens, which makes it one of the largest Botanical Gardens in the country. You’ll find here among others the original trees and plants from the founding of New York, which are over two centuries old! Buy an All-Garden Pass to get access to all gardens and explore them by foot or with the included tram tour.

Buy your ticket for the New York Botanical Garden here

With more than 50 stores, Bay Plaza is the biggest shopping centre in New York. The newly renovated mall has three stories and a great variety of stores. For example, there is a Macy’s, Forever 21, and Victoria’s Secret. Next to shopping, there are also a lot of great places to eat and there is an AMC movie theatre to rest your feet after a long day of shopping. There is enough to see and do for everyone!

If you’ve made it to The Bronx you might want to visit the famous The Bronx Zoo. Though it’s quite far from Manhattan, it’s definitely worth a visit.

Dining in The Bronx

The Bronx is very multicultural. This means that there is a lot of different types of food in the Bronx. Louie & Ernie’s Pizza is one of the best restaurants in the Bronx. This is where you can get the ‘real’ New York pizza. People who have tasted their pizzas may feel like it’s the best pizza ever. And if you want something else than dinner, De Lillo Pastry Shop is also a great place in the Bronx to just sit down and have a coffee and slice of cake. The pastries at De Lillo Pastry Shop are always fresh and you’d want to take some home with you.

Hotels in The Bronx

As The Bronx is relatively far from the highlights of New York, it’s not a very convenient place to stay. But if you like to experience the neighbourhood up close, then choose a hotel close to the subway. The green, red, and orange lines traverse most of the neighbourhood and bring you to Midtown Manhattan in about half an hour. A nice hotel in The Bronx is the Opera House Hotel. And if you want to stay close to Yankee Stadium, Best Western Plus Stadium Inn is a good option.