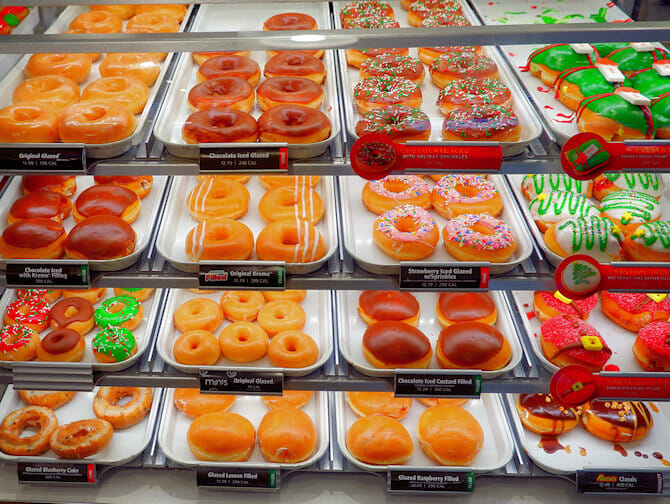 What are the best doughnuts in New York? Doughnuts are one of the most popular snacks in the United States. New Yorkers like to have a doughnut with their coffee as well, so the city is home to tens of doughnut shops. There are doughnuts for all tastes, from the most basic ones that you get at the food carts to the most refined ones from a fancy bakery. If you’re looking for a good doughnut in New York you could go to one of the doughnut chains, but I also recommend you to visit the small local doughnut shops. Here’s a list of some of the best doughnuts in New York.

If you prefer to not go on a doughnut hunt yourself but to be guided along with the best doughnut shops of New York, then don’t miss one of my favourite tours: the Donut Tour in New York! You will try some of the best doughnuts in New York, and also discover some nice areas of Manhattan with your guide. Or would you like to visit Brooklyn and taste their local treats? On the Brooklyn Donut Tour, you get to sample special doughnuts and other pastry creations.