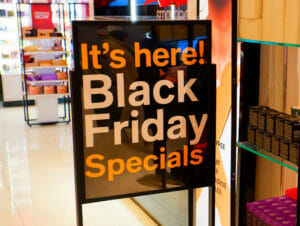 Black Friday in New York is the biggest discount shopping day of the year. This is the time when it is common for shoppers to expect sales of up to 80% off of regular prices! This only takes place once a year, so read on to find out more about Black Friday…

What is Black Friday?

Black Friday is the day after Thanksgiving Day. For many, it signals the ‘official’ start to the holiday shopping season. Every Thanksgiving, the American retail industry tries their best to lure shoppers into their stores or to go online with the hope of spending big bucks by offering the best bargains.

When is Black Friday?

Thanksgiving always falls on the fourth Thursday in November and Black Friday is the day after that. In 2021, Black Friday is on November 26th. Originally, the sales began in the very early morning hours on Black Friday, but in the past few years, retailers have begun the big sales in the evening of Thanksgiving Day (Thursday).

Why is it named Black Friday?

Since the retail industry is often operating “in the red,” not turning a profit, the name Black Friday reflects that this is the period of time when companies actually garner large earnings.
Because Black Friday sales mainly involve large department stores and chains, the event has spawned a separate, related day called Small Business Saturday. This takes place on the day after Black Friday and encourages shoppers to spend some of their cash at their local businesses in the community. So, if you are in New York on Small Business Saturday, why not stop by a local boutique or neighbourhood gift shop to support the local New York businessman.

What to expect on Black Friday?

BIG sales! Some amazing discounts on hot items from top brands clothes, (Apple) tablets and phones, high-definition TVs, popular toys, and much more. These products are on sale at their lowest prices of the year.

Also count on long lines, big crowds, and a shopping frenzy like no other—this is the busiest shopping day of the year in New York. Items, however, sell out fast, so it is advisable to set those alarm clocks to be among the first to take advantage of the deals and get the clothes in the sizes you want.

Where to find the best deals on Black Friday?

As the Thanksgiving holiday approaches, the deals begin to come out in a variety of ways. In New York, the local newspapers will carry advertisements, featuring the Black Friday bargains, as well as contain coupons that you can use for extra savings. So, with the spare change that you are carrying around in your pocket, it is worth picking up a newspaper just to check out the Black Friday shopping ads. If you can go online, you will definitely want to see the deals that the different stores are offering. The easiest way is to go directly to the store’s website in the days leading up to Thanksgiving to read what they have slashed in price for Black Friday. While you are there, you can also find out when the store will be open (since the shops are operating under extended hours for Black Friday), as well as the location of the store nearest you.

The best place to score deals year round is a designer outlet in New York. You don’t have to wait for Black Friday to find great pieces at outlet prices from the big brands that have their shops here. But of course, it is Black Friday here too, and on this day the prices are even better than the rest of the year.

Be on the look-out for the “door buster” deals, which are a select number of items offered at very low prices to those that come in right when the stores open up or during the very early morning hours on Black Friday. Door busters are always worth waking up early for! They have the biggest price reductions on top brands and electronics. However, expect there to be a limited quantity of these sale items: So once it’s sold out, it’s completely sold out. In addition, there is often a limit of just one door buster deal per person. 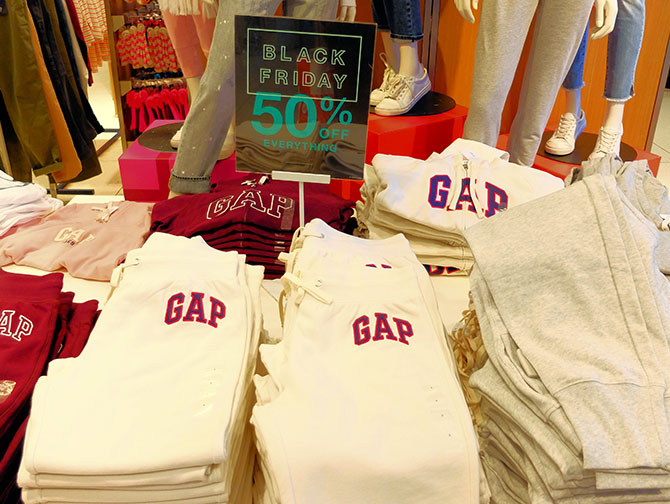 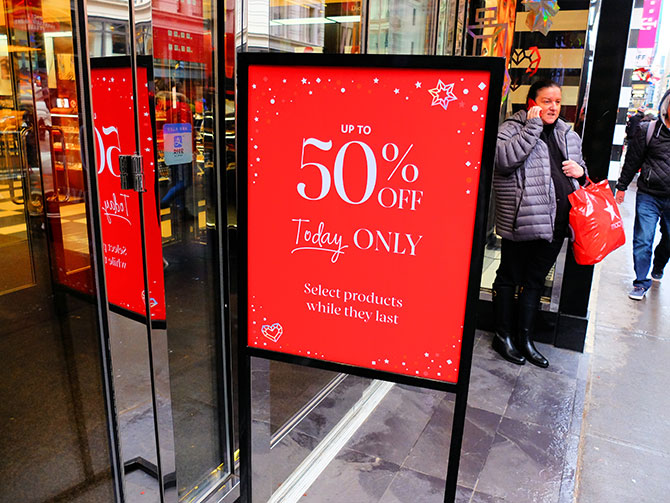 Is Black Friday just one day?

Yes, officially Black Friday is just one day - the Friday after Thanksgiving. But most stores in New York will have deals throughout the weekend and often including the Monday.

Does NewYork.com.au have offers for Black Friday?

There are sometimes offers available via my site, keep an eye on my Black Friday deals.