Big Bus in New York is one of the city’s main Hop on Hop off bus tour providers. The Hop on Hop off bus is an ideal way of seeing a lot of New York in a short period of time. Especially during the first days of your trip, as it is a great way to familiarise yourself with the city.

Buy your tickets for Big Bus in New York here

The Hop on Hop off bus gives you the freedom and flexibility to create your own itinerary. You can either get off at the various points of interest to explore sights and visit attractions. Or you can relax and stay on the bus for the entire route, listening to the guide as you go. In New York, Big Bus offers five different routes:

On the Uptown route, the bus heads through the streets of Midtown Manhattan and the Upper East Side. You see a number of Manhattan’s famous landmarks, such as Grand Central Terminal, the Chrysler Building and The Met.

Discover a number of New York’s neighbourhoods during the Downtown route, such as SoHo, Chinatown and the Financial District. With an abundance of photo opportunities along the way, for example the Empire State Building, One World Trade Center and the Flatiron Building. 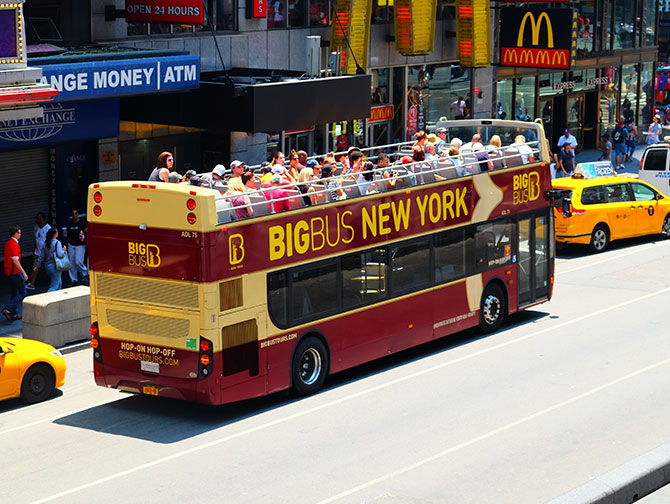 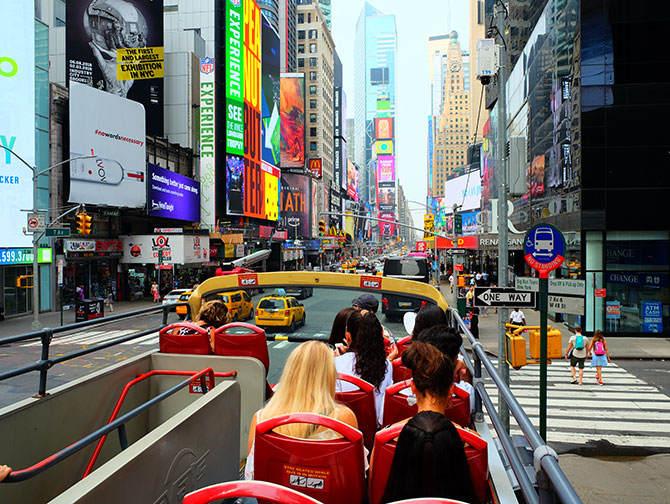 Harlem Tour (around 1 hour and 10 minutes)

During the Harlem route you will get to see the highlights of Harlem as well as the Upper West Side of Manhattan. From the bus, you will see the vast Central Park, in addition to the streets and skyscrapers surrounding it. The tour passes many places of interest, like the American Museum of Natural History, the Cathedral of St. John the Divine and the Apollo Theatre.

Do you want to take a bus tour through Brooklyn? Then at stop 13 of the Downtown route, you can switch on to the Brooklyn tour. During this tour you will be introduced to the most populated area of New York City: Brooklyn. Discover the main attractions of this borough, like the Brooklyn Bridge, Flatbush, Barclays Center and the Brooklyn Botanic Garden.

New York looks completely different after dark! From the bus you have a great view of the bustling streets of the city and see world famous attractions like Rockefeller Center, Times Square and the Empire State Building. The bus takes you over the Manhattan Bridge to Brooklyn, where you will have amazing views of the Manhattan skyline. As opposed to the other routes, this is not a Hop on Hop off tour. You stay on the bus for the entire route.

Eric’s Tip: Start your Hop on Hop off adventure early in the morning, when it is still reasonably quiet. Did you get a great seat on the bus? Then stay on board and enjoy the ride! The Hop on Hop off buses are not recommended as a means of transport as they take the long way round and can be slow. 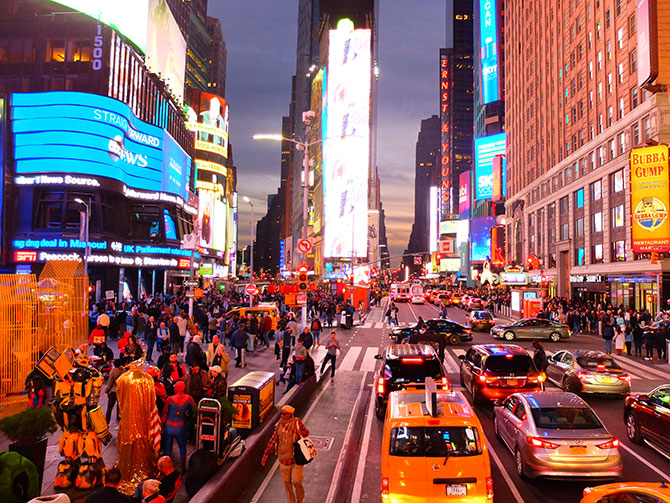 Choose from a variety of tickets: a classic ticket, a premium ticket, a deluxe ticket and a ticket for the evening tour. With the classic ticket, you get a full day’s access to the Uptown and Downtown routes. If you activate this ticket after 15:00, it will be extended in to the next day. A premium ticket gives you 2 days access to the Uptown and Downtown routes, plus you can choose to take either the Brooklyn, Harlem or Evening tour too. If you go for the deluxe ticket, it gives you 2 days access to all Big Bus routes, plus a sightseeing cruise.

With all tickets, you receive free headphones which you can use to listen to the professional guide. The guide tells you interesting facts about all the sights as you pass them by and about the history of New York.

Are you planning on getting a New York Pass? The pass entitles you to a Big Bus ticket which allows you to take the Uptown and Downtown routes. Read more here.

After purchasing your tickets, you will receive a voucher per email which contains all the information you need. To use, just show your printed or mobile voucher to a Big Bus representative at one of the stops and hop aboard.

Look for other Hop-on Hop-off buses in New York 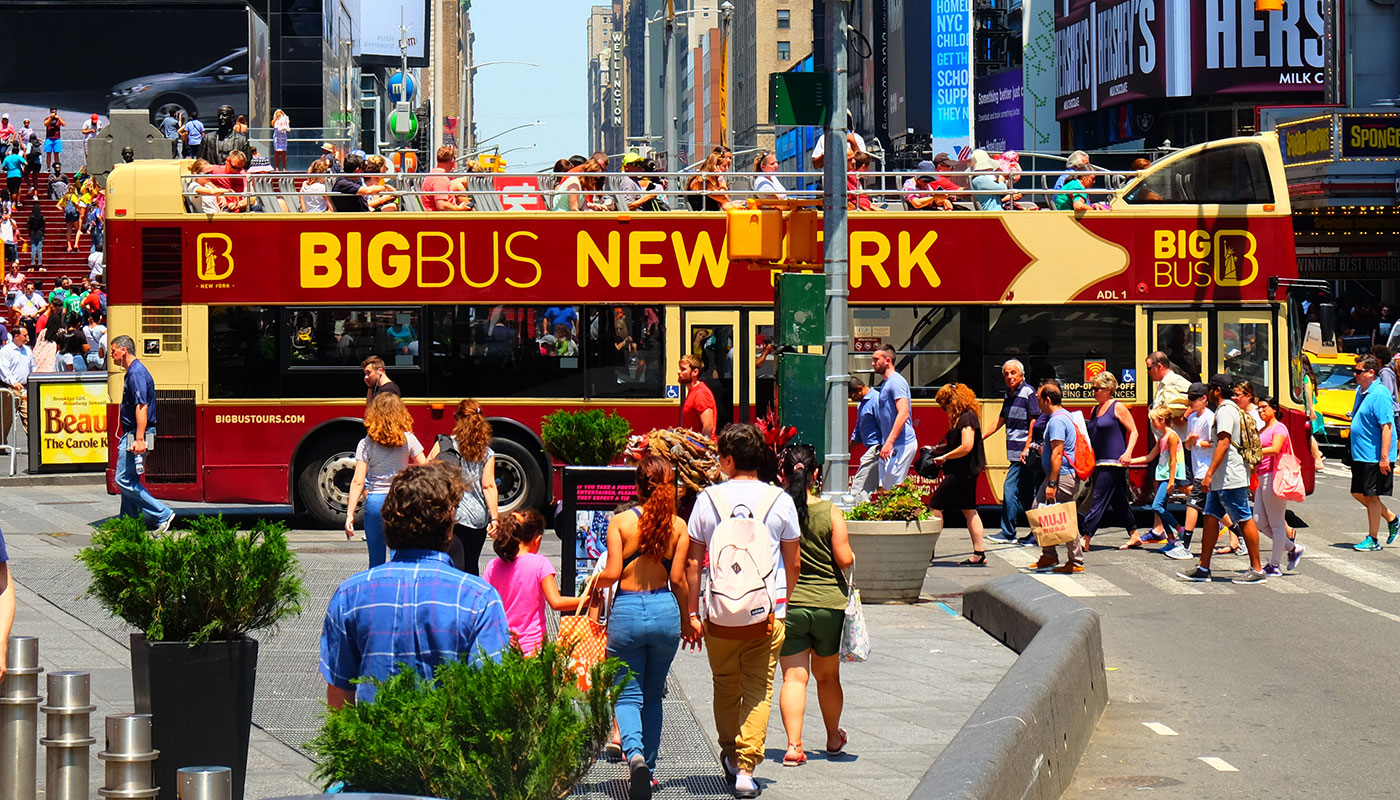