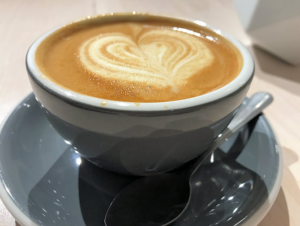 There are various Australian restaurants and cafes in New York. Although you’re basically on the other side of the world, there will always be someplace to enjoy a taste of home and decent coffee. Head to one of these places if you are looking to satisfy your craving for a flat white, avocado toast, or need a vegemite fix. Can’t go another day without a meat pie? I have you covered. Most cafes and restaurants listed here are Aussie-owned.

Australian cafes have been springing up in New York in the past several years, and are bringing with them a dynamic and professional coffee scene. Maybe you’ve already tried some New York diners for breakfast, and have been to some of the best coffee and bagel bars. Now it’s time to try something from home, which New Yorkers like myself appreciate as well! Here are some suggestions.

Bringing the Bondi cafe vibe to New York, a very nice cosy place for coffee and lunch, with an Aussie crowd for a feel of home. Located in Little Italy. They also have a Restaurant and Bar located in Tribeca, open for breakfast, lunch, as well as happy hour, and dinner.

This small counter cafe in Midtown serves great coffee and food with many breakfast options. A great place to visit if you want to have a quick bite or something on the go. Need that toast with vegemite? Get it here.

The newcomer of the Aussie cafe scene in New York is Hutch + Waldo. Located on the Upper East Side, it was opened by rugby player Alastair McFarland, giving him something to do during the rugby off-season.

Owned by ex-AFL player Nick Stone, this cafe has branches in Greenwich Village, Upper East Side, West Village, Midtown, and DUMBO. It’s another spot for vegemite toast. They also have several coffee shops around New York, serving coffee and some food from the counter.

Located next to the 9/11 Tribute Museum, Wattle Cafe is a clean and cosy cafe to stop by for a quick breakfast and coffee before visiting the attractions in Downtown Manhattan. Although there are many Aussie cafes in New York, few are run by female entrepreneurs. 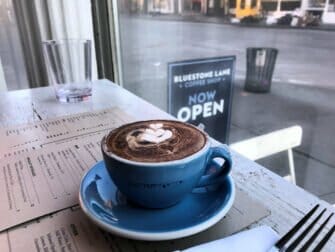 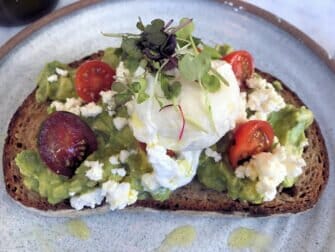 Here are some options if you’d like to have a nice Aussie dinner or grab a beer and catch up on games played back home.

Located in Lower Manhattan, Sonnyboy is another great Aussie restaurant in New York City. It’s proving to be a popular spot among Australians in NYC with its extensive menu. It’s also open from early to late, so you can call in whenever it suits you!

The owners used to work at Two Hands, so you’ll get that same Aussie feel when you go for coffee, brunch or lunch. They serve dinner too. In Greenwich Village.

Hole in the Wall

This place serves a tasty Aussie brunch alongside speciality coffee. It’s located near the Brooklyn Bridge, so you can grab a caffeine fix before you start crossing it! Also if you’re looking for somewhere to grab a drink in the evening, Hole in the Wall transforms into a cocktail bar. 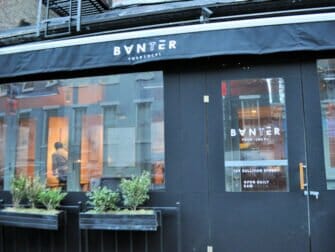 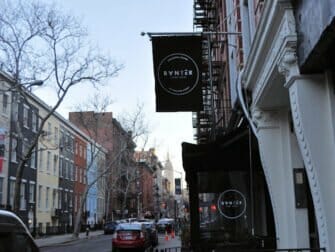 Other Down Under Treats

Abbreviation for Down Under Baked Pies, DUB Pies was the first to bring the iconic Australian – New Zealand meat pie to New York. They have a cafe, The Pie Shop, in Brooklyn, or if you’re lucky you might spot their food truck roaming around the city.