Get your Jersey Boys in New York tickets before you travel to New York. It’s easy to buy your theatre tickets online, saving you time and money. Jersey Boys the musical in New York is not your ordinary jukebox musical. It tells the relatively unknown autobiographical story of The Four Seasons, a popular band from the mid 1960’s. The Four Seasons originated in New Jersey and became world famous, scoring a string of Top 10 hits many of which have been covered by more recent bands. Jersey Boys is performed at New World Stages.

Frankie Valli and The Four Seasons

It’s a classic rags-to-riches (and back to rags!) tale, one that reveals that the seemingly squeaky clean Boys have less than a squeaky clean past, which of course makes the story just a little bit more exciting. What’s more, the musical features songs that just make you want to tap your feet and clap your hands. For those who know the songs, it really is nostalgia at its best. And for those who don’t, guaranteed you’ll be humming them when you leave the theatre!

Performed in a documentary style, the rock ’n roll musical revolves around the main members of the band: Frankie Valli, Bob Gaudio, Tommy DeVito, and Nick Massi. Each of the members narrate the story in turn, much like the seasons of the year. And each one of them remembers the events a little differently, creating a dynamic story as well as a bit of tension. 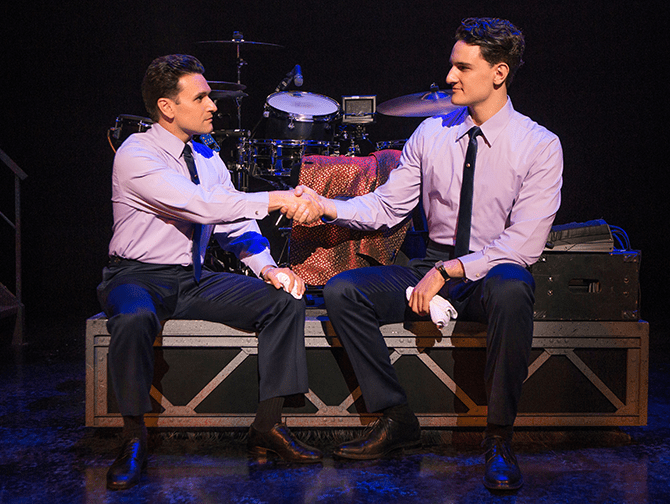 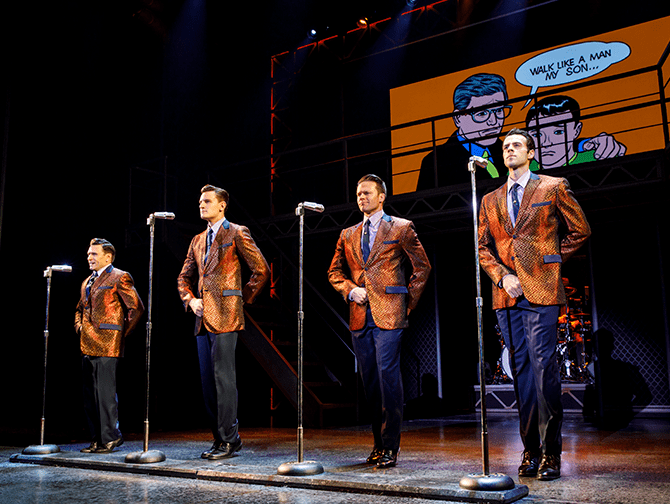 Aside from the entertaining Jersey accents and the pop-artsy sets, it’s probably ‘Frankie Valli’ who truly steals the show with his unusual falsetto voice. It’s no wonder then that the band went on to be called Frankie Valli and The Four Seasons! Like the true performers they are, the Boys frequently engage the audience, furthering the illusion that The Four Seasons really are on stage. And this is what makes Jersey Boys popular: the storyline is authentic and the actors and band really sounds like the real deal. As soon as the hit songs “Big Girls Don’t Cry” and “Walk Like a Man” (not to mention “Can’t Take My Eyes Off You”) are performed the audience members go wild. If you want to experience the 1960’s rock ‘n roll era, then Jersey Boys the musical is perfect to do so! 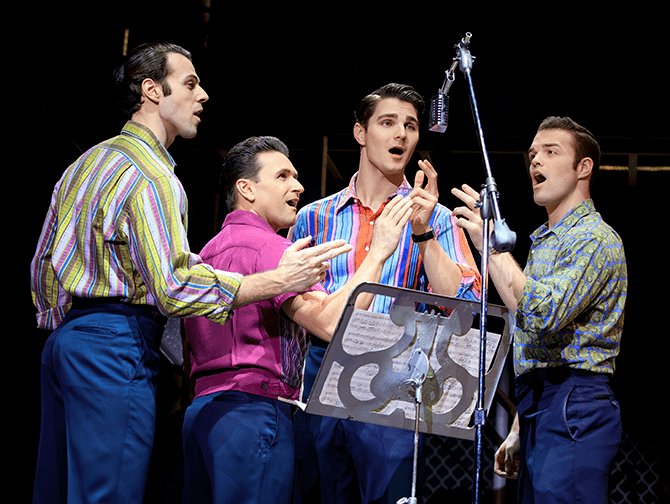 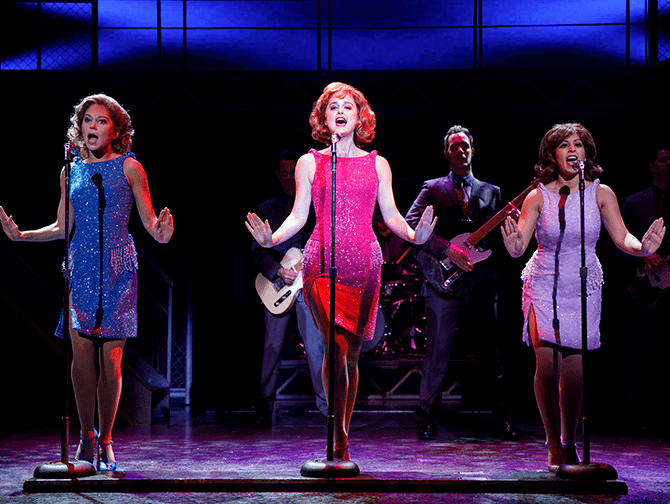 How to buy Tickets for Jersey Boys?

It is easy to buy tickets for Jersey Boys with the link below. I recommend buying tickets online before your trip to New York. Why? A lot of Broadway musicals are very popular and are often sold out. You will save time and money and most importantly you don’t have to stress about finding tickets when you are in New York.

Send me an email at eric@newyork.com.au if you want to book for groups of 10 people or more.

Eric’s Tip: This is not a family musical. There is a lot of swearing and some violence. I would recommend this musical to anyone who grew up with the music by The Four Seasons (mid ‘60s). Regardless, I do think that the musical is certainly entertaining and even if you didn’t grow up with the songs you’ll surely know a couple of them!